This project aims to establish and implement an integrated framework to understand and predict the responses of biodiversity to global environmental change. We combine genomic tools with ecological research, geographical data and modelling approaches to determine how climate change will interact with habitat loss and environmental heterogeneity to affect the future distribution, genetic composition and long-term persistence of species as a function of their adaptive potential. European forest bats are used as a model for mammals and birds that are at risk of extinction from range and habitat loss as a result of global changes.

Why bats?
What is an integrated framework?

We mathematically model the probability of the spread of adaptive alleles in populations taking into account migration between populations.

This project uses the landscape genetics/genomics approach to determine the range shift potential of populations that are predicted to be found in climatically unsuitable areas by the end of this century. We study the effects of environmental heterogeneity on the spatial distribution of both neutral and adaptive, ecologically-significant, genetic variation. And use this approach in a predictive manner to model the future spread of adaptive variation.

Different project components will be combined to model the probability of population persistence under future climate change and identify at risk populations and geographical areas.

Scientific findings will be translated into management recommendations for conserving forest bats under future climate change. This project will also contribute to promoting the inclusion of genetic and genomic data in conservation management and research. 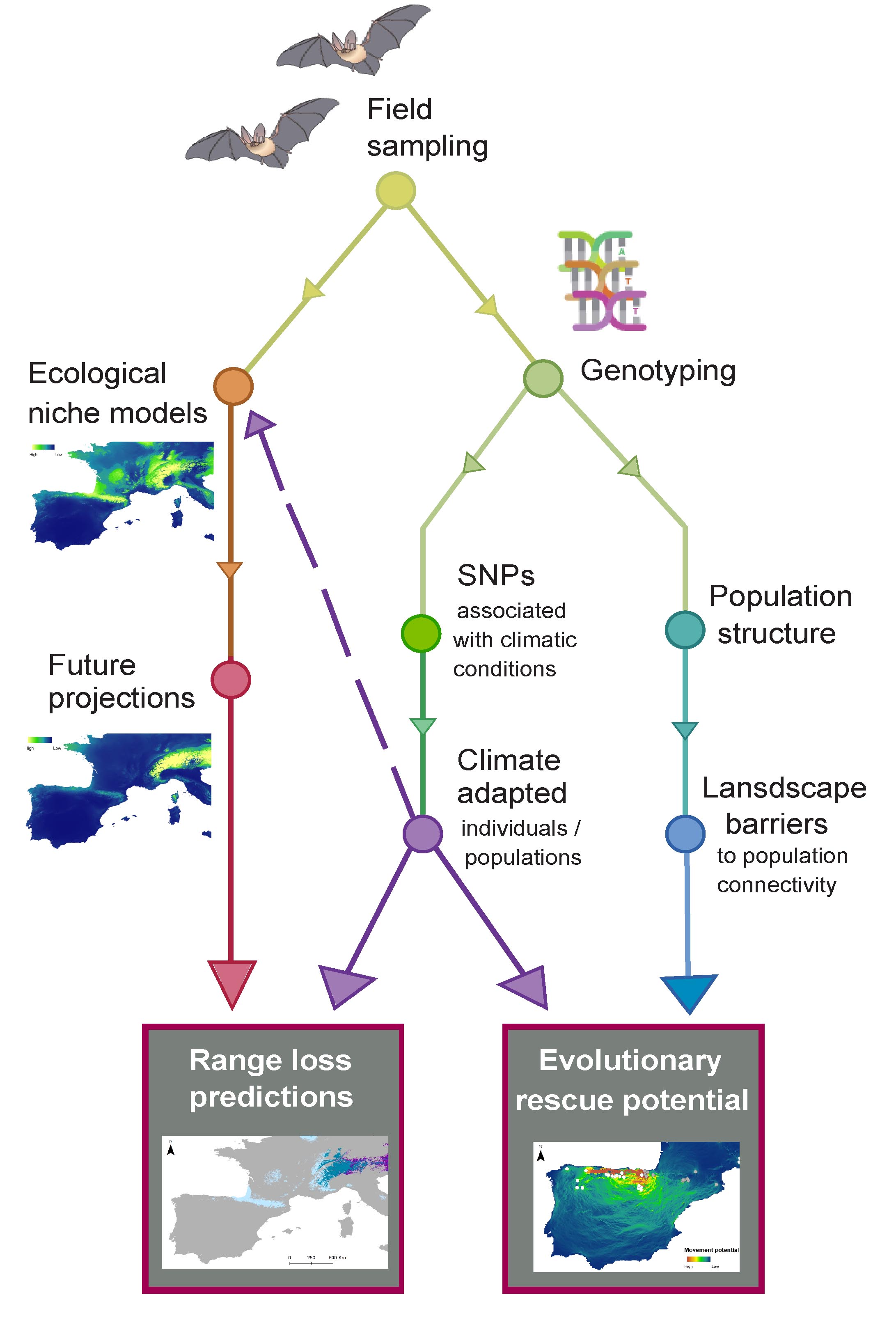